Boisverts to serve as UW Co-Chairs 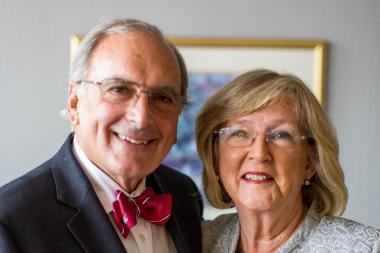 Pamela and Maurice Boisvert will lead the United Way of Central Massachusetts 2015-2016 Campaign. The Boisverts bring a wealth of knowledge and experience to the United Way. In accepting this assignment they said, “We are honored to have the opportunity to LIVE UNITED and play a role in building a strong Greater Worcester community. As lifelong residents of the Worcester area, we, as well as our children and grandchildren, have benefited from our community. Therefore, it is easy to want to support the United Way, which serves so many of our fellow citizens."

The United Way’s 2015 campaign goal is $5.4 million. The Boisverts are the first nonprofit executives to serve in this role, a testament to the valuable collaboration between United Way and its partner agencies.

Pamela Boisvert is the CEO of Massachusetts Education and Career Opportunities Inc. (MassEdCO, Inc.), formerly vice president of the Colleges of Worcester Consortium. She has been actively involved in United Way for many years, and most recently served as the chairperson of the United Way of Central Massachusetts’ Women’s Initiative Leadership Council.

Maurice “Moe” Boisvert worked to found Youth Opportunities Upheld, Inc. (YOU, Inc.) in 1971 and served as its president and CEO for more than 40 years. Moe has served on numerous boards and committees, including the United Way of Central Massachusetts Board of Directors.

United Way of Central Massachusetts’ President & CEO Timothy J. Garvin says of their appointment, “I am absolutely delighted that we have leaders as strong as Moe and Pam to co-chair our campaign. Their history of leadership, at YOU, Inc. and MassEdCo, respectively, will serve our organization and community well.”